(EDIT: I can’t figure out a better way to show this, so just FYI, this is the post that was featured on Freshly Pressed!) 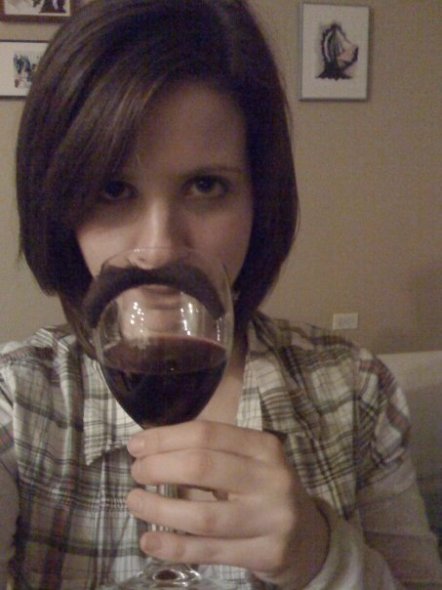 It’s very possible that you’ve always struggled with Impostor Syndrome. According to the Ada Initiative, “Impostor Syndrome is the (incorrect) feeling that you’re a fraud, that you’re not skilled enough for your role, and that you will be found out and exposed as an impostor eventually.”

You are always bewildered when you get a good part in a play, and nearly every occupation you dream for yourself is eventually disregarded because you can’t imagine yourself being successful at it.

But it’s not until you are laid off twice in your twenties that Impostor Syndrome rears its ugly head.

Apparently many (if not most—dare I say almost all?) women struggle with Impostor Syndrome. Maybe for a man, being laid off twice would just be fodder for their determination to make it big. After all, Einstein got Fs in school, right? But for you, being laid off will become your greatest reason to doubt yourself.

Your first layoff will come in early 2009, when there are so many advertising layoffs, the big advertising rumor blog will create a separate Twitter account just to announce them all.

Your second layoff will come after this new agency loses the boring client (along with its 800 million dollars). Yes, there are 100 people let go from the agency that day. But it will still sting, because they let you go and they don’t let other people go. And there had to be a reason, you decide. It must be because you’re not good enough, and they finally figured it out.

After the second layoff, a friend tells you that the agency is hiring again. You don’t even ask to be taken back because you’ve decided to move to San Francisco. But your friend says they asked for you already anyway. The agency refused to hire anyone back because they wanted fresh blood. You are only 26.

That very night when you get home, you’ll get this email from a Creative Director in San Francisco:

“I’m honestly looking for much stronger executions for someone who’s been in the business for a few years like yourself…My recommendation is to pair up with a strong AD [Art Director] on the side, and do a few really solid spec campaigns before you venture to the west coast.”

And then in less than a year, you’ll find yourself in San Francisco, doing a different kind of writing (one you like much better) at The Best Place To Work. Literally. It wins awards.

So maybe you aren’t really a fraud after all. Maybe there really is talent there, despite what that one guy said.

You will still struggle with your Impostor Syndrome in San Francisco. Chicago is a great city, but Chicago also made it fairly clear it didn’t want you there. Your success in San Francisco feels undeserved. It feels lucky. It feels like you’ve tricked people into thinking you could do the work, and one day they’ll figure out that you shouldn’t be there, just like the Advertising agencies figured out that you shouldn’t be there. But so far, San Francisco has wrapped you in its arms and quietly shushed you until those worries have quieted to a purr.

Still, every time you don’t get a lot of work done, every day you feel distracted, every time someone comes up with an idea that you hadn’t thought of, you feel like a fraud, one step closer to being found out.

But despite the negative voices, your twenties are full of accomplishments–great stuff that takes work. You land a kickass advertising job right out of undergrad when most people have to go to grad school. You turn an internship into a full-time job when HR says they aren’t hiring. You make things that people love. You write your little writer butt off.

Sure, there is luck involved. You get that first kickass advertising job after you pull the right name from a hat. But you create the life you live. You still move to San Francisco, despite the soul-crushing email. And a lot of people since then will be very happy with the work you do for them. So, while it takes you a long time to learn to just say “thank you” and accept the praise that other people give, you will do it. It will feel uncomfortable to smile and nod instead of shaking your head and protesting that you really didn’t do that much. But you will do it, because you realize it’s important to stick up for the things you do accomplish. It’s you who waded through all the negativity to a place that makes you happy. And the guy who wrote that email is stuck hocking other people’s lame products for a living.

45 thoughts on “My Battle With Impostor Syndrome”